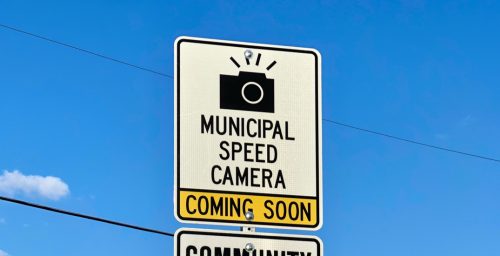 In July and August, the second and third months of application of the devices, they issued 36,700 tickets, according to the City of Toronto. It was a fairly even split between each month, with 18,619 tickets issued in July and 18,114 in August.

In June, the first month, they issued 26,566 tickets. It seems that at least some Torontonians have learned the lesson.

But not everyone has learned the lesson. More than 1,200 of the tickets issued in July were repeat offenders, with one person receiving nine speeding tickets in July on Gilder Drive east of Midland Avenue. In August, just over 750 people were repeat offenders, with another person racking up nine speeding tickets on Algoma Street east of Royal York Road.

The most common area where speeding tickets were caught in July was Victoria Park Avenue, near Tiago Avenue. In August, the busiest aircraft was located on Greenwood Avenue, south of Glebeholme Boulevard.

Devices can rotate, so they may not always search the exact same spot for people who exceed the speed limit. While repeat offenders may not get the message, there are signs warning drivers that there are speed control devices in the area.

In November, the devices will begin pointing speeders in the fourth set of locations. There is a menu possible locations on the city’s website.