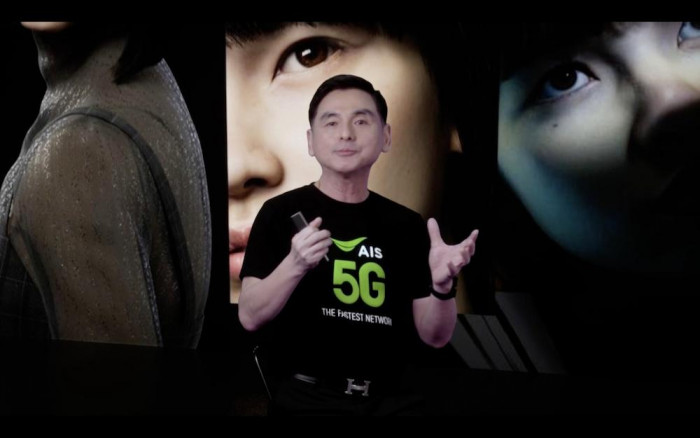 The complex art of restructuring

Large companies are becoming service providers, abandoning their traditional businesses by relying on digital technology and strong partners to gain a competitive advantage in the hope of becoming major regional players.

In the latest transformation case, Siam Commercial Bank (SCB) recently announced a restructuring to achieve an ambitious goal of becoming a major digital platform service provider under its new parent company – SCB X – as well as a conglomerate regional FinTech by 2025, with the goal of serving 200 million customers.

SCB plans to create SCB X to own the operational entities of the group, including SCB. The move aims to create flexibility in operations and better service for a diverse set of clients.

SCB Managing Director Arthid Nanthawithaya said the company should no longer limit itself to traditional banking, but rather leverage its financial strength to accelerate its aggressive expansion into other types of financial enterprises, develop technological capabilities and manage a large technological platform to keep pace with global players.

SCB plans to create a parent company SCB X to own the operational entities of the group, including SCB.

He said entering this new arena quickly was crucial to survive for the next 3-5 years.

The country’s fourth-largest bank in terms of total assets also plans to create business units and create new digital branches under SCB X, which will act as the mother ship for the SCB financial group.

As the partnership is a key strategy to develop the group, SCB recently announced three partnership agreements. One is with Advanced Info Service Plc (AIS) to set up a 50:50 joint venture – AISCB – to provide digital loans through an online platform.

According to the Bank of Thailand, the new structure of SCB Group is not new – it has been around for some time in the Thai and global banking sectors. The central bank does not oppose the restructuring as long as this decision ensures better services and fair treatment for customers.

The Financial Institutions Act empowers the central bank to supervise and review groups of financial enterprises, including their parent companies, subsidiaries and joint ventures.

SCB has yet to submit a formal request for approval to the Bank of Thailand for the restructuring after SCB shareholders approve the move.

According to Fitch Ratings, the restructuring of the SCB group is part of the trend of Thai banks to become more complex financial groups.

Telecoms are a key sector where players are turning into service providers of daily life by capitalizing on digital power.

More cross-sector partnerships are expected from telecom operators in the future to secure their revenue streams against a backdrop of rapid changes in consumer behavior.

The core telecom infrastructure business of operators could decline as digital lifestyles could be fueled by a disruptor, said Somchai Lertsutiwong, managing director of AIS.

As for AISCB, this is the country’s first joint venture between banking and telecommunications players to engage in digital banking services, including a digital lending platform, Mr. Somchai said. . This is the most appropriate model for a partnership that serves the strategy of AIS, he said.

Some carriers have only engaged in co-marketing campaigns with players in other sectors, or have branched out into other companies in a different segment, Mr. Somchai said.

â€œThe joint venture model is the highest level of partnership, allowing both parties the flexibility to extend their reach outside of their traditional activities,â€ he said.

The model makes it easier for commercial banks, which are governed by the central bank, to run new businesses and add value to their existing funds and operations, Mr. Somchai said.

AIS chose to form a joint venture with SCB instead of partnering with a non-bank organization, as the latter is unlikely to meet the long-term growth of AIS’s business, he said. .

â€œA good partnership model is one in which each part lacks different elements and we complement each other,â€ Mr. Somchai said.

AIS believes that the strength of the bank lies in the lending sector and that AISCB should benefit from low financing costs for granting loans.

Mr. Arthid believes that SCB should no longer limit itself to traditional banking activities.

Non-bank companies are at a disadvantage in terms of financing costs, especially when developing their businesses for the long term, he said.

AIS has been developing its digital credit scoring model through a data analysis system for the past five years, Mr. Somchai said. Nanofinance services require accurate data, especially the personal credit scores of consumers who apply for loans, he said.

Mr Somchai said mobile services accounted for 85% of AIS’s revenue, but that proportion is expected to drop to 70% by 2024. The rest comes from fixed broadband, corporate and digital businesses.

“Telecommunications or other companies that provide service to the masses must become a provider of everyday service platform that people use regularly,” he said.

Even with mobile services as the main long-term business, AIS has strived to develop digital platforms to take advantage of changes in people’s lifestyles, Mr. Somchai said.

He said AIS wanted to branch out into video entertainment, games, manufacturing, retail and healthcare.

The company has also expanded its presence by entering the digital insurance market through partnerships with insurance companies.

â€œSmart healthcare is an innovation mega-trend embraced in people’s daily lives,â€ he said.

According to an analysis by Kasikorn Securities (KS), AIS could use AISCB’s digital lending platform to make it easier for its mid-to-lower level clients to upgrade to smart devices. This in turn could increase customer loyalty.

AIS customers could have better access to financial services and a competitive borrowing rate through its customer database and analysis of its credit profile, KS said. AIS will also be able to provide funding to its resellers and distributors through a nanofinance program, KS said.

However, KS indicated that AIS could incur losses from the joint venture in the early stages.

Voralak Tulaphorn, director of marketing at The Mall Group Co, said domestic retail operators have gradually adjusted their businesses after feeling the effects of the digital disruption.

She said the pandemic has made speed and focus using agile management the focus to increase the competitiveness of retailers.

â€œCollaboration will be another area we prioritize to build a new retail ecosystem. Synergy with partners helps products and services have a stronger impact on customers,â€ said Ms. Voralak.

She said that with changing customer demand and digitization, the retail market will see a new fragmented model for serving personalized shopping.

For The Mall, the company will continue to transform the design of its store at each location to serve the customer journey, in addition to offering new customer services, said Ms. Voralak.