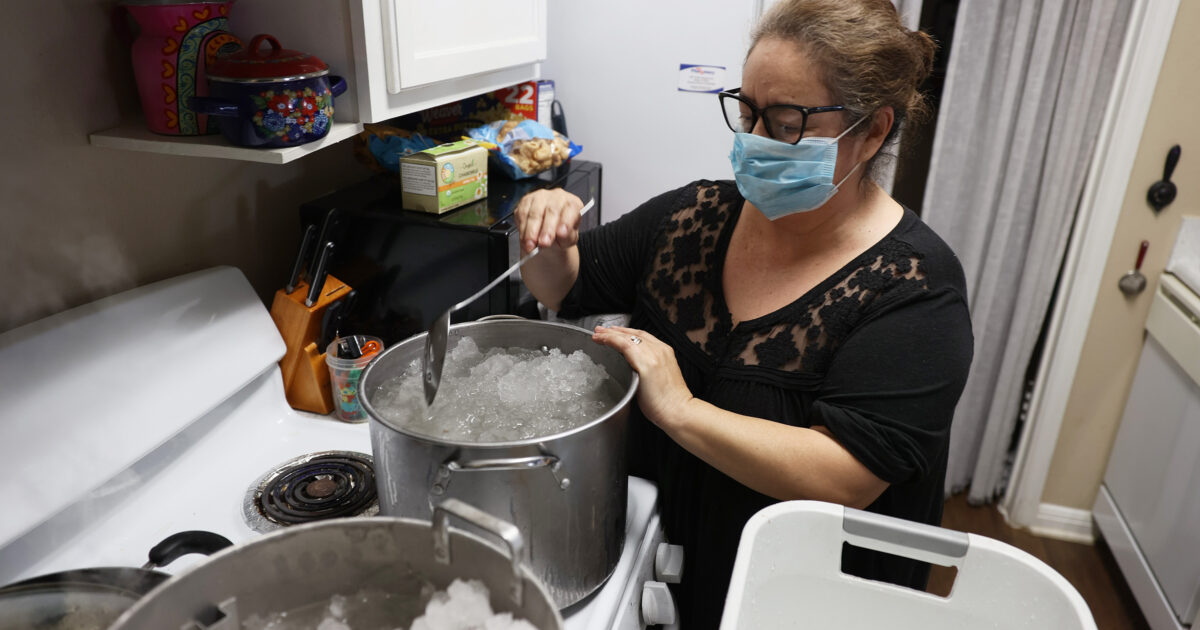 Texas disaster shows why we need to write off utility debt

In February, millions of people struggled to survive freezing conditions without heat or power after a winter storm wreaked havoc on Texas’ power grid. Now Texans are hit again by the surge in energy prices resulting from the crisis. “My savings are gone, ”a Texas resident told New York Times after his energy supplier debited a huge $16,752 invoice from his account. These massive bills threaten a new wave of blackouts as many families struggle to pay, run into utility debt and see their energy cut for non-payment.

Millions of Texans who were rushing amid the pandemic because of layoffs and other economic stressors are now facing dire energy bills. Already disproportionately left in the dark for longer, communities of color will likely bear the brunt of Texas’s energy debt crisis. While the situation in Texas is an extreme example, it highlights the larger utility debt crisis in the United States which has accelerated due to the pandemic, with residential and small business customers facing up. at $40 billion dollars in debt owed to utility companies.

The situation in Texas illustrates the dangers of a failing system and shows why we must immediately write off all utility debts and implement a national moratorium on utility shutdowns. We also need to address the underlying causes of utility poverty that existed before the pandemic, reorganizing our utility system to prioritize access to clean and affordable energy.

On Wednesday, Senator Jeff Merkley (D-OR) issued a letter calling for debt relief from utility bills to be included in the next round of federal COVID relief. And over the past year, the #NoShutoffs coalition of over 600 faith, climate, water, broadband, racial justice, labor unions and housing organizations have organized tirelessly to implement a national moratorium and cancel public service debt. These are the types of actions that will be needed to remedy this untenable situation.

The twin crises of debt and utility cuts are impacting millions of households. While some states have put in place moratoria on public service cuts, many are lifting these temporary measures and leaving families unprotected against cutbacks on basic necessities – and a crushing debt burden. According to a study released in January by Duke University, whether a national moratorium on utility cuts had been in place since the pandemic began in March 2020, the United States could have reduced Covid-19 infections by 8.7% and death by 14.8%.

Utility debt can take its toll on a person’s financial life, degrading credit scores that are often critical when opening a bank account or renting an apartment. Utilities even bundle customer debt and sell it to third-party debt collectors, allowing businesses to take advantage of the debt twice by considering it. “bad debts ”and then increasing the rates to “cover losses.

Communities across the country are taking action. We Power DC, a grassroots local group in Washington, DC, has spear an energy justice campaign to cancel the debt of public services after monitoring the serious inequalities suffered by families in the district. Ninety-eight thousand residents of DC, including 84% of low-income households – hold more than $30 million dollars in debt to local energy utilities, while local utility parent company CEO Pepco earns nearly $15 million every year. In Massachusetts, State Representative Erika Uyterhoeven introduced a utility debt cancellation bill to provide relief to residents who cumulatively hold more than $351 million in arrears.

An immediate national moratorium on closures and a debt write-off from utilities are essential, but they won’t solve a problem with a history stretching back much further than the pandemic. Thirty-one percent of families said they had difficulty paying their energy bills by 2018. In an overt display of racial segregation and systemic inequities, black, Latin and indigenous households almost pay 40% more than white families on their electricity bills relative to income.

Utilities like energy, broadband and water are basic human rights. They must be treated as a public good accessible to all. Permanent moratoria on utilities should be implemented, eliminating life-threatening events such as loss of access to water. This is not a fancy proposition – non-payment water cuts are illegal in New York City, and Detroit’s water cut-off ban is in place until at least 2022.

Communities of color suffer higher utility bills in part because of a racist history of redlining and segregation in housing. Families of Color live in old, divested homes at much higher rates, paying higher utility bills for their inefficient homes. Investing public funds to increase access to clean, efficient and affordable housing is an obvious first step. We also need to invest in utility infrastructure, eliminate dirty gas factories that are damaging the health of black communities, and replace old pipes that contaminate water.

We should eventually go further and completely decommission access to public services. All households could be guaranteed basic access to water, internet and energy, just as organizers and policymakers increasingly discuss free public transport. Any concerns about inefficient use could be addressed with a basic allowance provided to each household at no cost, with the cost increasing for additional use.

Demands for a permanent moratorium on closures, heavy investment in infrastructure, and de-commodification can be hard to swallow for private for-profit utilities. But that’s exactly the point. No one likes their private utility. Privately owned utility infrastructure exists to enrich shareholders rather than to care for residents. This is why many campaigns fighting to end public service debt see the long-term goal as building a system based on public democratic institutions run for and by the people.

The Texas disaster and the ongoing pandemic have highlighted the racial and economic inequalities in our public service system. We need quick relief in the form of utility debt cancellation and a moratorium on utility shutdowns – but we also need to fight for a vision of public service justice that fixes. past damage and respects basic human rights.