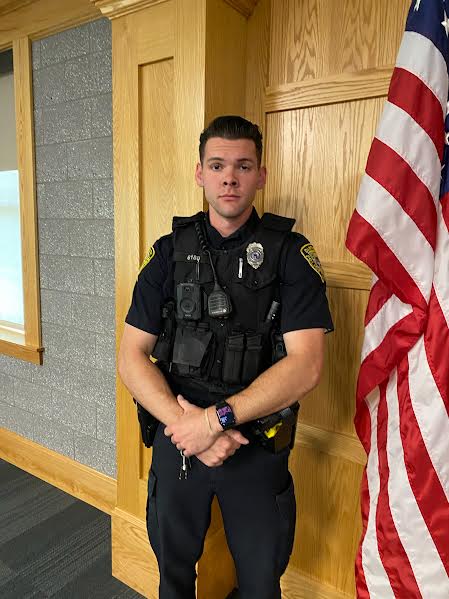 The department is testing body cameras for a month on a trial basis for potential permanent use, said Sgt. Joseph Rapoza, who is overseeing the trial.

The officers, who were selected at random, wear the devices on their uniforms throughout their shifts to familiarize themselves with how they work, he said, and to provide feedback at the end of the month. test.

Cameras record all activity that occurs while officers are wearing them.

Using body cameras will help the department, Rapoza said, by providing a full picture of an incident, from the time an officer arrives to the time he or she clears the scene.

Having footage of entire incidents “tells the whole story,” he said. “It gives people the big picture of what we’re dealing with. “

In an age when video cameras are prevalent, people often record incidents to which police respond, Rapoza said, but these footage can lack context.

“Sometimes you see an excerpt from a partial incident,” he said. With camera footage of the entire incident, “there is less room for speculation.”

Officers can turn off their cameras during sensitive situations, such as responses to sexual assault or certain medical calls, Rapoza said, but that would be a rare occurrence and a reason for turning it off would have to be specified.

Cameras are turned off when officers are performing routine station work and when in personal situations such as a private lunch break. But the cameras are otherwise on for the vast majority of their shifts, he said.

The two officers who carry the cameras have so far had positive experiences, he said.

“It sounds like a good investment,” Rapoza said. “It will reduce our liability. “

The videos from the cameras are uploaded to the cloud and stored by the company that supplies the body cameras.

The department is currently testing body cameras manufactured by Axon. Rapoza hopes the department will also try out equipment from a second supplier before making a final decision.

Once the month of the trial is over, Rapoza will write a report to Police Chief Brian Levesque detailing his general observations on the conduct of the trial.

A final decision on whether to purchase the cameras and from which company will be made by the chef in conjunction with the board.

The exact cost of the body cameras would depend on the options selected, Rapoza said.

Dartmouth will seek part of the $ 4 million in state grants offered to communities to fund body cameras, he said.