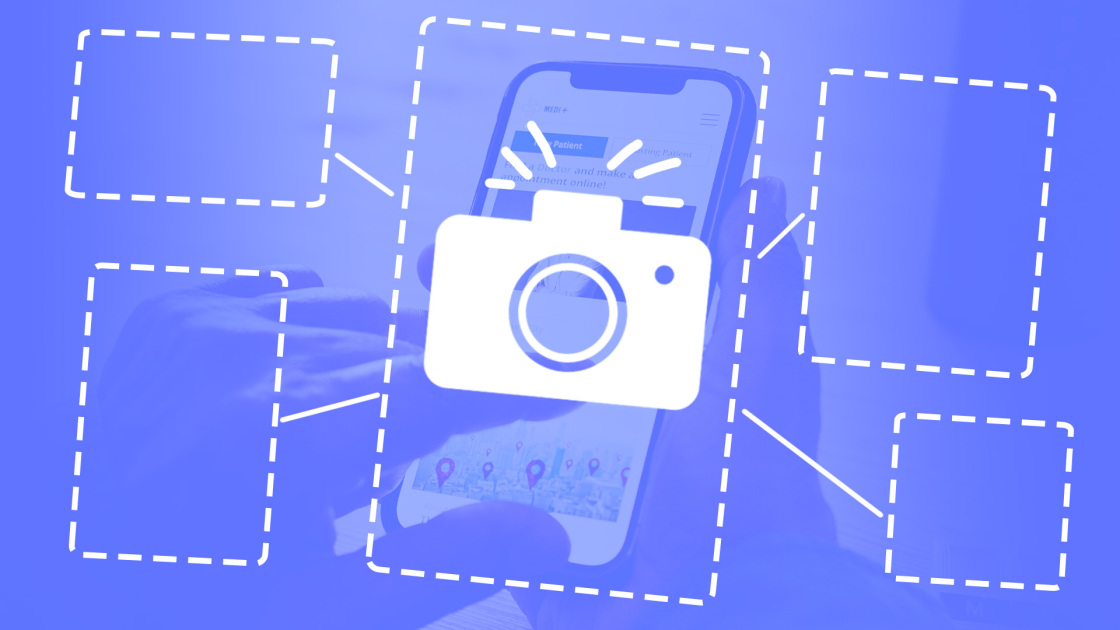 How to take a screenshot on your iPhone, iPad or Apple Watch

If you need to preserve what’s on your screen, a screenshot is your easiest and best option. The process is simple for iPhone and iPad users, but it differs depending on your phone model. Meanwhile, Apple Watch owners only have one option, but it might not be obvious at first.

How to Take a Screenshot on iPhone

Screenshot on iPhone with and without home button (Credit: Apple)

How you take a screenshot on your iPhone depends on whether you have a home button or not. For iPhone X, 11, 12 and 13 lines, press and hold the side button on the right of the screen and the volume up button at the same time to take a screenshot.

For all older models that still have a physical button on the front of the phone (iPhone 8 and older and iPhone SE models), you press the Home button and hold down the Side button.

You’ll see a “flash” on the screen, and (if your sound is on) you’ll hear a camera shutter. The screenshot will then appear in your camera roll and in the Screenshots album.

How to Take a Screenshot on iPad

Screenshot on iPad with and without home button (Credit: Apple)

The way you take a screenshot on your iPad is similar to the process on iPhone. For newer iPad Pro, iPad Air, and iPad mini models that don’t have a home button, you press the top button and the volume up or volume down button simultaneously.

If you have an iPad with a Home button (older iPad Pro, iPad Air, and iPad mini models, and any iPad model), you press the top button and the Home button simultaneously.

If you use an Apple Pencil with an iPad, you can take a screenshot with the drawing tool. Swipe up from the bottom corner with Apple Pencil to capture the image.

Take a screenshot of an entire page

Your device will also allow you to take a screenshot of an entire web page instead of just what is currently displayed on the screen. Tap the thumbnail that appears at the bottom of the screen once you’ve captured an image. This will open the device markup tool and allow you to edit the screenshot.

To record full screen, press the whole page tab at the top of the image. If this does not appear, the image does not work with this feature. Tap Done and Save PDF to Files. The image will then be accessible from Apple’s Files app.

Some apps may make it difficult to take screenshots through normal means. That’s where your device’s built-in screen recording tool comes in. Although its main purpose is to record a video of your screen, you can pause the video and take a screenshot this way.

Just be sure to add the Screen recording shortcut to control center under Settings > Control Center. You then open the Control Center on your device and tap the circular recording button to start a countdown and start capturing the screen. With the video saved in your photo library, you can then view the capture and take screenshots of the video.

Take a screenshot with Back Tap

You can take a screenshot with what appears to be magic. Back Tap, an accessibility feature introduced in iOS 14, lets you tap the back of your iPhone to perform a certain action. If you have an iPhone 8 or above, you can configure this feature to take a screenshot for you. Open Settings > Accessibility > Touch > Back Tap and choose either Tap twice Where Triple tap. Set the action to Screenshotthen double or triple tap to take a screenshot.

How to Take a Screenshot on Apple Watch

Take a screenshot on an Apple Watch by pulling up the screen you want to capture. Hold down the side button and simultaneously click on the digital crown. As on iPhone, the screen “blinks” in white and the shutter of the camera is triggered. The screenshot will then appear on your iPhone’s camera roll, not on the watch itself.

Subscribe to our Weekly Apple Brief for the latest news, reviews, tips and more straight to your inbox.

This newsletter may contain advertisements, offers or affiliate links. Subscribing to a newsletter indicates your consent to our Terms of use and Privacy Policy. You can unsubscribe from newsletters at any time.

Xiaomi will launch a bunch of new devices next week, globally