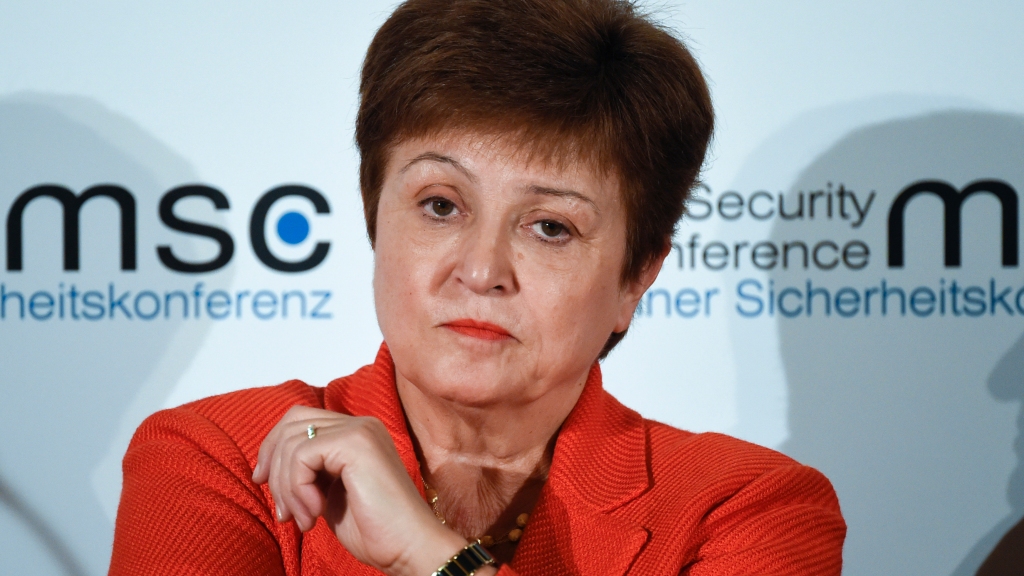 The Group of 20 nations, representing the world’s largest economies, agreed on Wednesday to extend the suspension of debt payments for another six months to support the most vulnerable countries in their fight against the coronavirus pandemic.

The suspension of what the G-20 said could provide US$14 billion in debt relief was due to expire at the end of the year. Wednesday’s decision gives developing countries until the end of June 2021 to focus spending on health care and emergency stimulus programs rather than debt repayment.

The G-20 announcement was initially made on Twitter at a meeting of finance ministers and central bank governors from the group, then confirmed at a press conference. The virtual discussions are taking place at the start of this week’s meetings of the 189-nation International Monetary Fund and the World Bank, which are also taking place virtually due to the coronavirus pandemic.

International aid groups have expressed disappointment that more debt relief is not being given by extending the moratorium on debt payments for a full year or by canceling some of the debt rather than simply suspending payments.

“This pandemic has laid bare a blatant and unfair double standard: the world’s richest countries play by one set of rules and the world’s poorest another,” said David McNair, executive director of global policy at ONE, an international aid group.

G20 officials have argued that the aid provided is helping 46 of the 73 eligible countries with ongoing efforts to extend aid.

Some critics have also complained that China has opposed parts of the debt relief plans that have been put forward.

“It is unfortunate that the pressing need for broader debt relief for poor countries is being thwarted by the apparent reluctance of China, which has become a major creditor,” said Eswar Prasad, professor of economics at the ‘Cornell University and former head of the IMF. China Department. “China has proven to be a reluctant participant in multilateral debt relief efforts, putting its narrow economic and geopolitical interests ahead of a collective approach to easing the burden of poor countries.”

“We still need to do more,” Saudi Arabia’s Finance Minister Mohammed al-Jadaan, who is this year’s G-20 chair, said at a press conference after Wednesday’s meeting. “We must ensure that these nations are fully supported in their efforts to combat the COVID-19 pandemic. We have agreed to extend the debt service suspension initiative for another six months.”

Al-Jadaan said there will be further discussions at April’s spring meetings to decide whether the suspension should be extended for another six months. He pointed out that the pandemic threatens the fiscal stability of many countries, especially the poorest.

Al-Jadaan said another meeting of finance ministers will be held virtually next month, ahead of the leaders’ summit on Nov. 21-22. He said the goal will be to agree on a framework that goes beyond even the current debt suspension initiative. He did not specify.

Transparency International, Amnesty International and a collective of groups called CIVICUS had written to G-20 finance ministers ahead of their meeting warning that the world is facing a crisis unprecedented in the past century and that debt suspension is not only a first step. Although the global economy has begun a gradual recovery with the reopening of businesses and borders, the recovery has been very uneven.

The groups said many of the poorest countries still spend more on debt repayment than on vital public services. They urged G-20 countries to suspend debt payments until at least 2021. Some countries, such as Pakistan, called for an outright cancellation of debt payments.

Oxfam International said it believed the six-month extension was “the bare minimum the G-20 could do”.

“Failure to cancel debt payments will only delay the debt tsunami that will engulf many of the world’s poorest countries, leaving them unable to afford investment in health care and safety nets. so desperately needed,” said Jaime Atienza, an Oxfam official who manages debt policy.

Oxfam and other groups are also calling on private lenders and investment funds to make similar concessions for poorer countries by suspending debt repayment.

The G-20, in a final communiqué, also urged private lenders to join its debt suspension initiative.

“We are disappointed with the lack of progress in private creditor participation ‘in debt relief,’ and urge them to participate on comparable terms when requested by eligible countries,” he said. .